Hello! Welcome to my world. I appreciate you taking the time to learn more about my passions and pursuits. You’ll find tidbits about existing projects as well as scoops on my upcoming book, restaurants, tv appearances, festivals and travels. Click around and have fun!

Three-time James Beard "Best Southwest Chef" semifinalist and Top Chef season 10 contestant John Tesar is known for his stylish, modern American cuisine prepared with classic European techniques, innovative culinary perspective and no-nonsense personality. Throughout his 20+ years in the restaurant industry, which started in La Varenne Ecole de Cuisine in Paris, he has received national nods from Esquire (named for Best New Restaurants for two consecutive years), FOOD & WINE and The New York Times, has made appearances on The Today Show and The Early Show and won the inaugural season of Food Network's Extreme Chef. 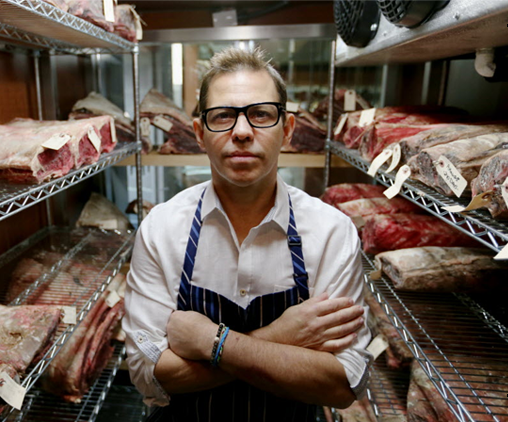 Chef Tesar worked in Westhampton, New York and Las Vegas before putting down roots in Dallas in 2007 where he has consulted for the menus at DRG Concepts' Dallas Chop House and most recently Oak in the Design District, to name a few. Knife at The Highland Dallas is Tesar's vision of what a contemporary steakhouse should be. Opened in 2014, the chef-driven restaurant has continued to be recognized for reinventing the steakhouse experience. Most recently Knife's pimento cheeseburger was featured as Best Burger in Dallas on The 50 Greatest Burgers list for Texas Magazine and Best Steakhouse by D Magazine's "Best of Big D's" list. In the spring of 2017, Tesar released his newest book, Knife: Modern Steak and All American Meats, that he worked alongside Flatiron Books and Macmillan to publish. 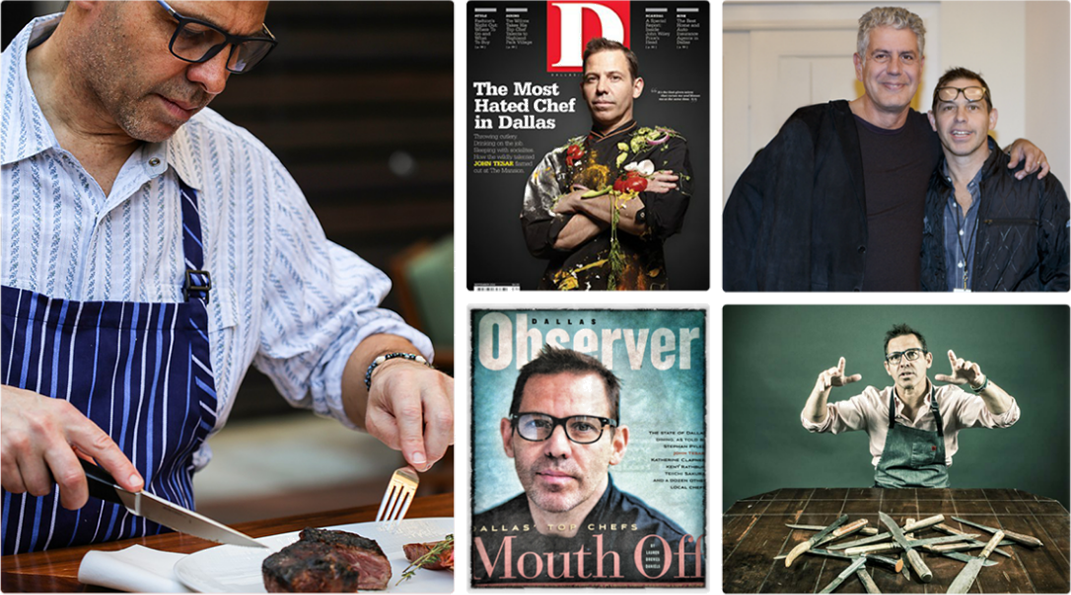